December 6, 2017 Comments Off on Public Private Partnerships Blog  Like 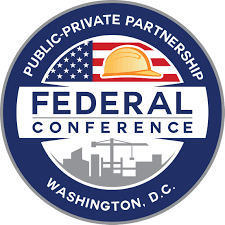 Public agencies nationwide are utilizing Public Private Partnerships (P3s) to allocate project risk and capital to build and repair critical transportation, water, airport, energy, military, and social infrastructure.  At the recently held P3 Federal Conference in Washington, D.C., infrastructure owners, consultants, contractors, and developers examined the financial, technical, and legal considerations that go into evaluating P3 as a project delivery option.  Infrastructure owners such as the cities of Chicago, Washington, D.C., and Denver were on hand to discuss their successes with P3s, as well as the process they go through to pick the appropriate project delivery process.  P3s are contractual arrangements between an owner (typically a public agency or municipality) and a private sector entity (typically a developer or financial partner and a design/engineer team).  Through this agreement, the assets and skills of each participant are shared in delivering the project for use by the public.

P. Joseph Lehman, Inc., Consulting Engineers participated in the dialogue between infrastructure owners, such as the cities of Chicago, Washington, D.C., and Denver, and federal representatives, including Mr. D.J. Gribbin, Special Assistant to the President for Infrastructure Policy.  In total, over 85 experienced speakers presented on the value proposition behind P3s, principles of successful partnerships between owners, engineers, builders, and developers, and how P3s are being used to improve infrastructure nationwide.

While the traditional delivery methods of Design-Bid-Build and Design-Build are still the prevalent models for delivering infrastructure projects in the U.S., P3s continue to gain momentum.  According to Dr. Linda Hanifin Bonner, Executive Operations Manager, Water Design-Build Council, “P3 projects are often perceived as large and complex, and they typically require a developer to serve as an intermediary between and owner and their traditional design consultant.”  Traditional roles and relationships between owners and their “trusted advisers” in engineering roles may be disrupted, particularly for smaller firms.  In addition, many contractors or builders look for designers and engineers who know and have standing relationships with project owners.

Panelist Jensen Clarke, Vice President of Fengate, stated, “In Canada, most P3 projects are at the municipal level.”   In Virginia, the Department of Transportation compares the P3 delivery method to other delivery methods, only pursuing P3 if it makes sense.  Similar approaches are taken in municipalities such as Washington, D.C. and Denver, Colorado.  President Trump, according to D.J. Gribbin, is focused on infrastructure from three perspectives: legislative changes, regulatory changes, policy changes, and cultural changes.  According to Gribbin, “Now there is an enormous appetite for infrastructure legislation.”

Maryland’s Secretary of Transportation, Pete K. Rahn, discussed what could potentially be the largest proposed P3 project in the Nation.  Including the Washington Beltway, S.R. 270, and the Washington Parkway, this P3 project could have a price tag of close to $9 billion.  According to Rahn, this area now ranks as the single most congested area in our country.  Building on Maryland’s prior P3 successes, such as the Purple Line Transit Project, Rahn described this proposed project as a “quality of life” project.

P3 Projects are here to stay; they offer an alternative delivery method that leverages private funding resources, otherwise not available to owners.  P3s have their own unique set of risks and weaknesses which need to be seriously considered.  Comparing project delivery options, including weighing associated risks, is something that many infrastructure owners are seriously considering for future projects around the country.